Why Lack Of Sleep Can Contribute To Weight Gain

In a recent study published by the Journal of Clinical Endrocrinology and Metabolism, discovered sleeping less than 6 hours a night can contribute to your weight gain.

The troubling thing is over 35% of Americans sleep less than 6 hours a night. Which is also the percentage of Americans who are obese, per the CDC. The CDC also says that over 70% of Americans are overweight, which include the obese people.

Here is why sleep is so important to weight loss.

Losing Weight Is Not Just About Will Power

Have you ever had a day where you eat well during the day, but as the day wears on, you find yourself more and more tempted to eat fatting food? You know that chocolate cake is not on the plan, but at the end of the day you throw up your hands and say, ‘I deserve it’.

The reason is scientific and simple.

Hunger is controlled by two hormones. Leptin and Ghrelin.

What has this got to do with sleeping less than 6 hours a night?

When you sleep less than six hours a night, your body suppresses the production of Leptin. Plus, it produces more Ghrelin. The impact? Devastating. Not only are you feeling empty but your body won’t burn the extra calories you burn.

Then there is the impact of sleep on stress levels.

Studies show the less you sleep the more stress you experience. The causes your body to create more cortisol.  This is the stress hormone. Cortisol activates the reward centers of your brain to make you want food.

Pair this with the ghrelin increase and the impact of cortisol shutting down the areas of your brain that leave you feeling satisfied after a meal and you have a one two punch even the most strong willed person can’t beat.

Next, lack of sleep pushes you to foods you shouldn’t eat. Lack of sleep impacts your frontal lobe. Which controls complex decision making.  Think will power.

You are tired, you want the chocolate cake or chili cheese fries. But you are tired, stressed out and boom… you order them both. This is controlled by the frontal lobe.

Lastly, research published in Psychoneuroendocrinolgy found sleep deprivation makes you select larger portions of all foods. Which increases the likelihood of weight gain.

Get your rest. Shut off the phone, cut back on the Netflix. Get rest.

You will reach your goals faster, by setting yourself up for success. 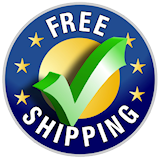 At Slim For Life® shipping is free for orders of $189 or more! Free shipping only applies to the U.S. International shipping rates will always apply.

We cannot ship to a P.O. Box, Please provide a valid street address!

We care about the security of your information. That's why we hold a website identity assurance warranty of $1,750,000 for your protection.